“13 poems in a body” is Shannon Sullivan’s first piece in a borrowed body.

Raffaella Galdi was born in Italy and lives in Berlin. She attended the Ecole de Danse Rosella Hightower, in Cannes, France, and received her diploma from the modern dance academy Rotterdamdansacademie, in Rotterdam, Holland. Since 1997 she has been a member of the Belgian Companie Thor, headed by Thierry Smits, the Berlin-based company Cie. Toula Limnaios, headed by Toula Limnaios, the Luxembourg company Unit Control, headed by Bernard Baumgarten and the Belgian company Galothar, headed by Andy Deneys. As a freelancer she has worked in Holland, Germany, Belgium and Luxembourg with choreographers including Thom Stuart, Sanne van der Put, Tomi Paasonen, Rui Horta, Helge Müsial, Christoph Winkler and LaborGras. Web page: raffaellagaldi.com

Shannon Sullivan’s production “13 poems in a body” was downright stunning. After a serious foot injury the dancer discovered a new means of expression for herself: language. In cooperation with Raffaella Galdi her dance performance provoked movement with spoken word and the other way around. The piece painfully translated mental and spiritual conflict into physical conflict and allowed the audience to intensely feel the torment. A magnificent conclusion to two diverse evenings of theater that offered a promising glimpse of tomorrow’s repertoire of performances. 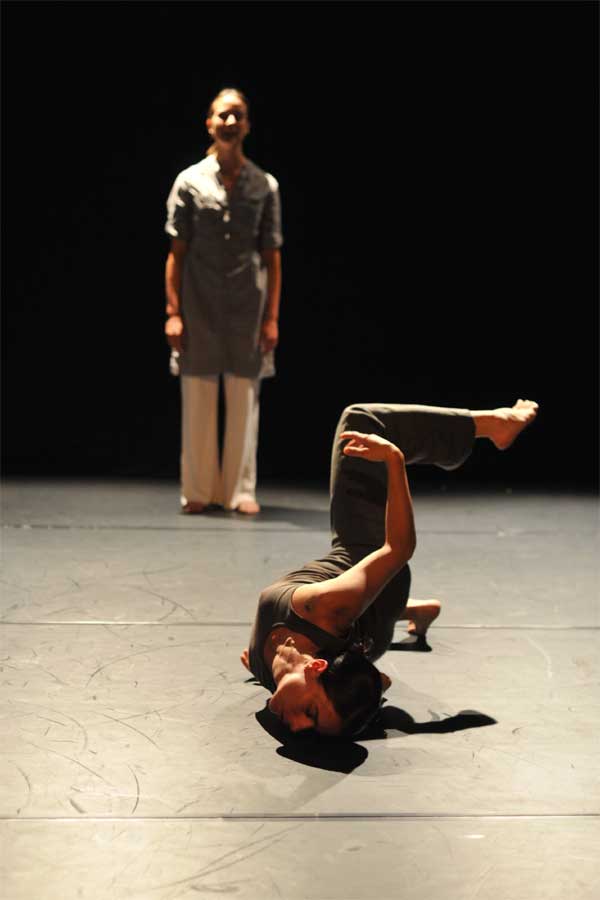 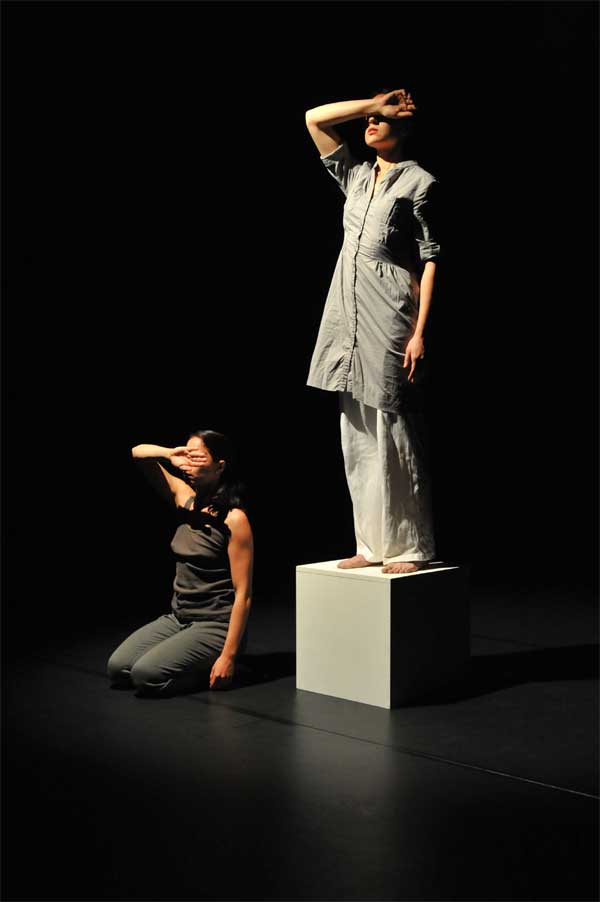 My texts explore how personal physical experiences contain and depict universal questions and phenomena: questions of one’s position and function in society, questions of perception, questions on the existence of collective memory or collective pain. Are there traces of what people in other countries and other times have lived through in my body now? Can I transfer these experiences to another body?

The physical body is the central element of “13 poems in a body”: the experiences it has saved in its cells – possibly even from earlier generations – the events that have marked it, what it has to say. We explore the concept of a “borrowed body” or two performers collaborating to embody one being – one using language, the other movement to communicate. 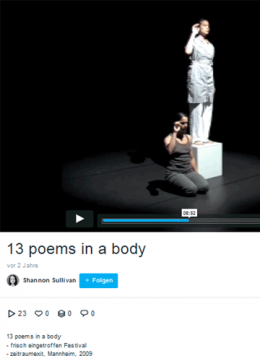 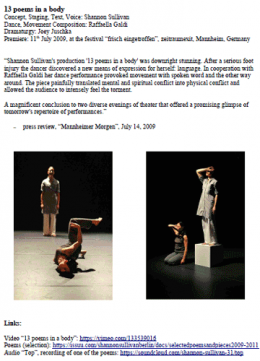 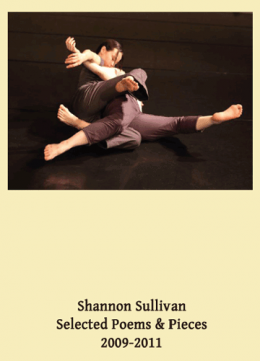 The poem “Bullhorns and Billboards”, one of the poems used in the piece, spoken by Shannon Sullivan.

The poem “Top”, one of the poems used in the piece, spoken by Shannon Sullivan.

Short info about the piece

Joey Juschka has been working with Shannon for over ten 10 years now, behind the scenes. Joey is a writer – Joey’s own web page: joeyjuschka.com

... will let you know about upcoming performances, new songs and texts, ...
You can subscribe to it here. Welcome!
Shannon Sullivan
Go to Top